Heather takes inspiration from the words of Howard Walstein: “Do something uncomfortable today. By stepping out of your box, you don’t have to settle for what you are, you get to create who you want to become.” 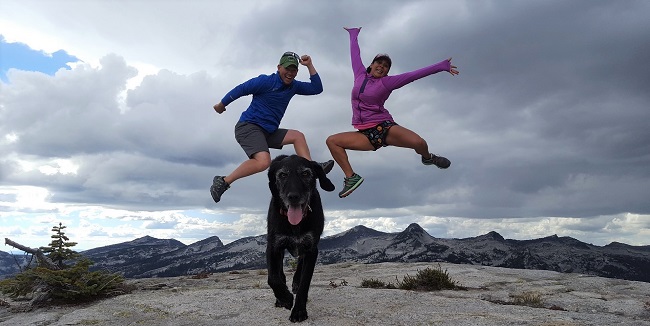 Tell us about your fitness journey. How did you come to Farmgirlfit?

My family’s always been pretty active so I grew up playing volleyball and tennis and swimming competitively. I started running in college and increased slowly from 5k’s to 10k’s to half marathons, and eventually completed a few fulls.

When I got tired of “just” running, I baby-stepped my way up through the different triathlon distances, and eventually completed a few long distance triathlons. After consecutive years of spandex shorts and Bodyglide, cold water workouts, logging hundreds of training miles in inclimate weather when I would’ve rather been sleeping in or watching a movie, and way too many Gu gels and Clif Bars on the move, I was looking for something new to throw into the mix.

I was actually on the verge of joining FGF Spokane when I saw the Cd’A location was opening within a few weeks. I must’ve just missed the Founding Members Club because I think I started the same week the Cd’A location opened (or maybe the second week). I’ve been going ever since and still angling to be grandfathered into the club. ;)

I love everyone who works out in Cd’A and all of the coaches too, so I couldn’t be happier that things worked out the way they did. And I’m super thankful I can do it all here in Cd’A!

Once upon a time, in a land not so far away, our heroine was over it. Bored with the same old gym scene, she was looking for something to inspire her. She was competitive and confident and comfortable in a gym setting, but she was not really excited for the typical ego and testosterone-filled Crossfit boxes. There had to be a better way.

Then one sunny day, she drove past a building where a banner with a determined-looking woman doing a ring dip stated, “You’re stronger than you know”. She stopped the car, went into the gym and immediately decided this was the place for her.

And she lived happily ever after.

“Do something uncomfortable today. By stepping out of your box, you don’t have to settle for what you are, you get to create who you want to become.” – Howard Walstein

“The (WO)man on top of the mountain didn’t fall there.” - Vince Lombardi

After 14 hours of swimming, biking, and running, turning the corner onto Sherman Avenue to run across the finish line with my husband by my side and hordes of people cheering their heads off for us is enough to make anyone feel pretty darn good about themselves. [Editorial translation: Finishing Ironman!]

I’ve been mulling this over a lot lately; I don’t really have one that I consider to be a ‘big’ one right now. I would really love to take another 5-10 minutes off of my half marathon PR. I’m also trying to be very purposeful about mobility work - especially to counteract the incredible amount of sitting I do each day between work and commuting.

Doesn’t matter really, as long as it has a driving beat and is loud enough that I can’t hear my own heavy breathing, and no one else can hear the swear words that occasionally slip out between breaths…

Least favorite: thrusters (I know they’re part of bears, but they are my least favorite part of the movement!), rowing anything more than 500m 250m, and dumbbell step-ups. Booooring. Also, wall balls - I’m so short - I feel like by the time the ball leaves my hands, hits the 10’ mark, and comes back down, Tori’s already cranked out the full set!

“I can’t believe I already lost count - we just started” and “Thank goodness Mary’s coaching and it’s the end of the day so I don’t really have to count.”

The camaraderie with the women who work out at FGF is phenomenal.

I also love that it’s easy to find inspiration - just look around you when you get to the gym. There are always so many women in the gym who have overcome so much more, who are juggling a lot more in life, women who have worked so much harder, overcome so many more challenges, had sooo many other things she needed to do, and so many reasons why she ‘should’ve, could’ve, would’ve’ skipped the workout. And yet, she’s there, right next to you, putting in the work to become a better, stronger version of herself. Then, just watch - it never fails - she’ll cheer for the last one in, high-five everyone, and go back to being an everyday superwoman. It’s awe-inspiring and totally empowering to be supported and surrounded by the diverse group of strong and wonderful women that work out at FGF.

I also love that the workouts are so varied. All I have to do is drag my butt to the gym and I am guaranteed to get a really good workout. Aaaaand, added bonus, I always leave in a better mood than I arrived!

How has the rest of your life been influenced/impacted by Farmgirlfit?

The most obvious thing is that I know even more awesome women than I did before, but also everything we do at FGF translates into getting up things faster and easier day after day. I’m stronger biking or hiking up a mountain with a big backpack or loads of gear because I squat, lunge and deadlift every week. 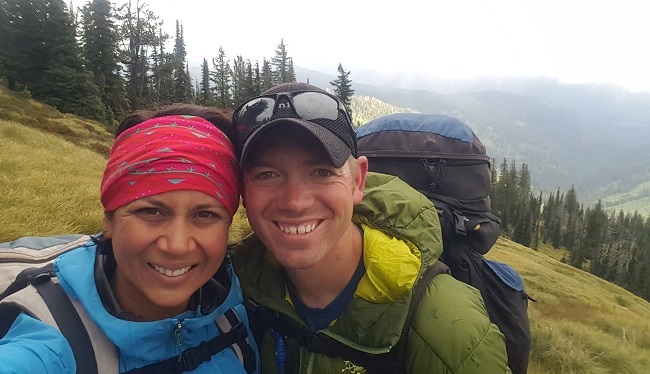 A month or so ago, during an AMRAP with 30” box jumps, I finally biffed a jump towards the end of the workout and scraped up my shin pretty good. That’s what I get for not really being focused on the task at hand - I was asking for it.

When I got home that night, I showed my husband and he said, “Ummm, exactly how many times did you fall?!?!?!” That cracked me up - it did look like I missed quite a few times, not just one big one. I had one good goose egg bump (that still hasn’t really disappeared yet) and a series of scrapes and bruises from the rest of the fall after the initial impact.

Stay focused on those box jumps or you’ll earn your battle wounds too!

I’m lucky to have a lot of active people around me. You can ask anyone who knows my hubby - he is always going up things, so I joke that half of my life is just trying to keep up with him and follow him up the next mountain. However, he will tell you that I plan half of our hikes, races, backpacking trips, biking trips, and other adventures. I might even plan more than half of them…so he would tell you that if we are going up a mountain, it's just as likely to be my fault as his!  I’m grateful that our lifestyle is one in which we are always on the move. It’s enabled us to see some amazing places in this world that we would never see if we weren’t willing to use our legs to get there.

We backpack and hike with my parents, siblings, and in-laws. My mom is a little fireball of energy and will probably outlive me by a few decades. I ran with her when she did her first half marathon several years ago. A year later she ran her first marathon and I was so proud to be able to run some with her when she finished! My mother-in-law also started running a few years ago with a couch to 5k program. She started off barely being able to make it to the end of the block. She’s now finished several marathons too. I’m really proud of both of them and what they have been able to accomplish.

I’m pretty much always moving. I love playing volleyball and I have an awesome women’s 4 team I’ve played with during the fall, winter, and spring for years and years.

If I’m not doing that, I’m probably doing things in the mountains - hiking, camping or backpacking, scrambling up to summits, splitboarding, snowboarding, trail running, rock climbing, or mountain biking - often with my hubby and our pup hot on our tails. Neither of them sit still very well either. We enjoy travelling, so we try to take these activities on the road and get out to see different parts of the world.

I volunteer with a couple of community boards so that keeps me busy.

Oh, and sleeping! I can fall asleep within seconds most nights and I sleep a TON! 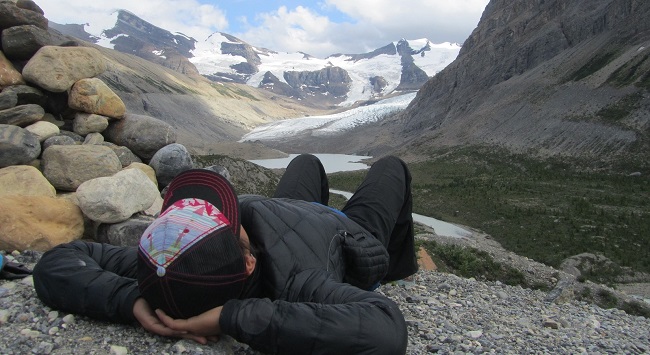 Somewhere in the sun, flowers are blooming, and nearby, birds are singing. There’s a gentle breeze. It might be on a beach or it might be on the top of a mountain, but it's peaceful and quiet and I am out of cell service for sure.

As a kid I dreamt I would grow up to be:

Ice cream. Cheese. Bread. Burritos. Is that too many???

I was born in Boston, grew up in Colorado, and lived in Seattle and DC before I came to CdA.

I can’t whistle - not in any way, shape, or form. Unless I have an actual whistle.

I’ve been skydiving, bungee jumping, and paragliding. When we went paragliding, I threw up suspended from the sky. I think it was altitude sickness, because we went from around 2,000 feet above sea level to around 5,000 where we ran off the mountain, and then caught a thermal and circled our way on up to more than 10,000 feet.  It was a bluebird day - there were mountains as far as the eye could see. It was gorgeous and I was good. Until all of a sudden, I wasn’t. When it hit, it came fast, and the guy I was tandem with just told me to pick a side (so he could go to the opposite side and avoid the mess). I feel like I earned a kind of bragging right that day - after all, not everyone can say they’ve yakked into the open air that high off the ground. 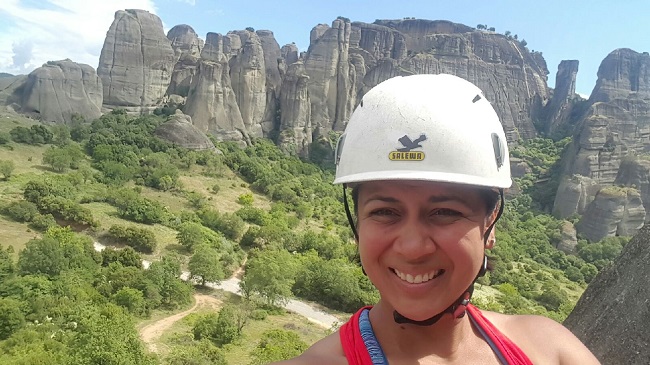 Any advice for new members or your fellow farmgirls?

Ladies, you all are SO STRONG. You can do anything you set your mind to - it’s just a matter of believing in yourself. Set a plan, and then be dedicated and determined enough to follow your plan and see it through. FGF is full of resources and support - from the coaches to the members. If you have a goal and are willing to put in the work, this awesome FGF community will support you, encourage you and do everything they can to get you where you want to be.